Comics!
printable version
I have closed the last poll after very turn out.. the poll was a little pointless.

Anyway, ultimate outcome? I'll be uploading the Stories via Story.. So for Issue 1, it'll only be issue one's Sonic story etc. Even though it kinda goes into issue 2.. Only Mutil-part stories (which will probebly start with Casino Night really) will be together. So you won't be able to download one issue part of that story, but both parts together. For ones like the Tails mini-series (which was the first) It'll be all parts of the Nameless zone together, then all parts of the land beyond together. even though they followed on, they were two different stories. But, of course, with the new system for comic downloads up, you will be able to download them from either issues link.

Oh and Issue 1's Story 'Enter: Sonic' is now up! You guys should know that i'm pretty good at scanning and i put in care and stuff.. STC pages need to be scanned in two parts on most scanners, which sadly, most copies i have seen, aren't done so bits are cut off. And i put much more care into the scans too. I clean them up ^_^. the only problems comes from problems with my scans.. some issues i have had very bad tape jobs.. before i got some good comic tape (i need to get more), but mostly you can't see them problems ^_^

Posted on 17 Nov 2009 by Manic Man
Merchandise
printable version
I have added three new pieces of Merchandise to the site, a Pair of new Classic Sonic Ear Muffs, a new Classic Sonic Beanie Hat and a new Classic Sonic bag. That's about all for now.. I should have a few things up duing the week so look out for them ^_^ well.. I should because i have atlest one package that should get to me this week and i already have one thing ready to upload and one thing almost ready but i can probebly upload it anyway.. Kinda of.. well.. Anyway...
Count of comments: 0

Posted on 15 Nov 2009 by Manic Man
Pointless
printable version
First, this is a bit of a test as this post is not coming from a pc, but nevermind that.

Remeber that little Metal Sonic toy from Comic-con? Well, it turns out that Toys R Us might not get that one as they have a nice 10" action figure of 'ol Metal himself! Isn't that nice?


Mine should be on its way so i'll put up infomation when it turns up!

Not bad for my first non-pc post
Count of comments: 0

Posted on 13 Nov 2009 by Manic Man
Small
printable version
Small update as i have updated the Merchandise page with them 3 little figures.

On a kinda related note. If you can speak German and are able to just do a basic transcript of something for me (i must admit, total time 1 hour 30) or can speak english and german and wanna do a translation (hey, if you want, you can just speak the translation as long as you can record it with a clear voice) then please let me know.. I'm starting to think there is no such thing as someone that can speak both english and german..
Count of comments: 0

Posted on 11 Nov 2009 by Manic Man
Sonic mini-figures
printable version
I have had images of them for a while, but wasn't 100% sure about that, but now i can comfirm that First4Figures are releasing a series of 2" figures to go with there Sonic vinyl and Statue range. Series one is this range of Sonic, Knuckles and Tails 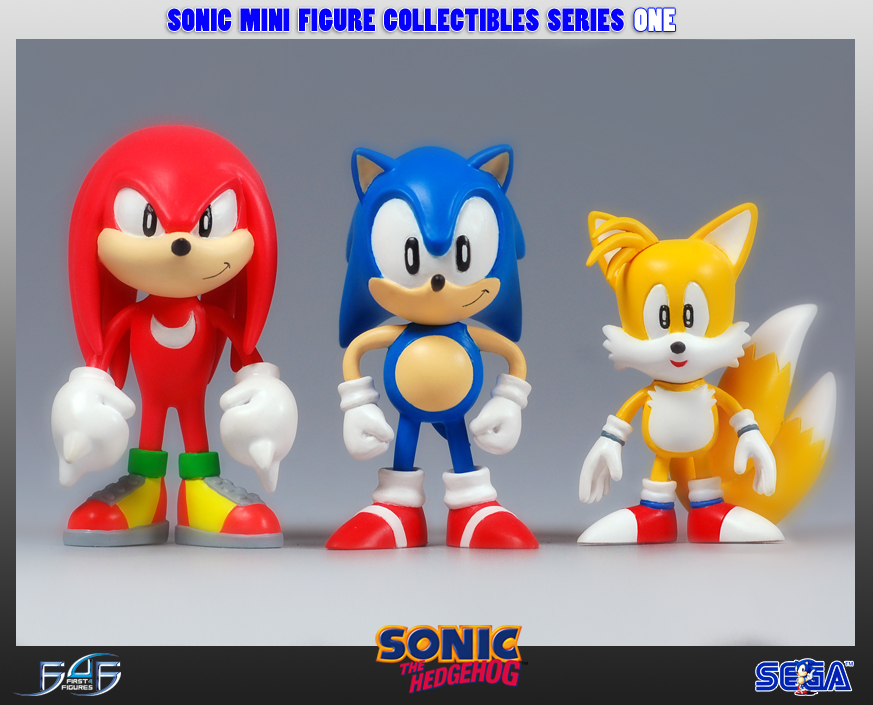 I got some stuff to deal with, but then i'll upload some information on these.
Count of comments: 0

After some... surprises and years and years of debate leading to a few reasons which the surprises seamed to show weren't there any more (don't ask), it seams I may very well be able to give you STC Story Downloads! Not just the odd one either, maybe the lot. But it does then run into a couple of problems, mostly in the field of how to release them.. As per my normal work, these would be much better grade then most scans found on the net (I do try). Anyway, i have come up with three possible ideas really.

1) Release the Stories via part. This means the story from issue 1 will be in one file, round issue 17 when there was a backup story featuring tails, not only will that story be released in a different file to the first story in that issue, but for a 2 part story, it will be over two parts

2) Release via story. This means that a story such as 'The Sonic Terminator' which was a 5 part story, will NOT be released as 5 files, but as 1 file which contains all 5 parts.. kinda like a trade paperback release (ohh.. anyone remember when i tried them but ran into space and other problems which no longer seam to be there?). While this may mean some stories take a little longer to get up then they might have, you will get the full story in one go!

3) Via Issue. This means if issue 17 has two stories, then the file will have both them stories. So for the later issues, you might get a very mixed batch which has 4 different storys, both different parts, so to read one story, would be a little trickier.

well.. Lets see what you guys want. Oh and NO! i will not upload the archie Comics stories.. Though i don't think too much of the recolouring done on the archive series (and.. well, i'm not 100% against the smaller 'pocket book' size) i will not upload the stories cause you can buy them.. as of the mini-series (such as Tails, Sally etc) which they seam to be completely forgetting about, even if it crosses over with the main story? well.. For now, it's a no.. I guess i might depend on archie comics huh?

How should STC Stories be released on TESP?

EXTRA: If you go to the Animation pages, you can now Order the Shows on DVD via TESP like that! We'll try to have more options for buying them soon but if you like the show and don't have it, well, if you are in the UK (at the moment) you can order them now! But then, Amazon does ship some items overseas so you might be able to ship to your place anyway ^_^;
Count of comments: 0

Posted on 02 Nov 2009 by Manic Man
Bunch of AOSTH
printable version
I just added a whole bunch of Credits for AOSTH. I think that is now EVERY person that has been credited for working on the show. Though i seam to have one person that has been credited but i haven't seen the name in the on-screen credits.. or maybe i did.. either way, i'll look into it. I was going to start cutting up the credits even more to make things easyer and you might see some of that too. So.. Enjoy, if you are intrested in that.. I was intrested in some of the names, like the Great Scott Shaw! and Art Mahwinney's names. I wasn't surprised though. And it's kinda intresting to notice some pseudo names like 'Milimetros Dibujos Animados' (which is, if i'm right, spanish for something like Millimeters drawings animated.).
Count of comments: 0

A guy seams to have entered the book of world records for completey Sonic 2- Emerald Hill Act one in 22 seconds.. if that was the record, i should have entered in to it a long time ago.. come to think of it, i'm not even the best i know... boy, what some people will do for there five mintures.. why work hard on something worth while when you can just do something like this? stupid.. If the guy is reading this, well.. don't bother to contact me.. The only reason i'm posting this is cause of the sonic link.. if you wanna impress me, Complete the ORINGAL Sonic 2 Emerald Hill Zone in that time. Not the Wii Converted version. Come to think of it.. that wouldn't impress me much.. tell me when you can do Lava Pump house in 22 seconds, that would be something of note.
Count of comments: 0

Posted on 30 Oct 2009 by Manic Man
Christmas Again
printable version
Well.. Busy, Busy.. Updated the credits for AOSTH with Christmas Blast Credits, updated the characters with 3 new characters (from Christmas Blast), and a small tweak the Cast displaying bit.. I think that's all.
Count of comments: 0