Some images
printable version
Fixed the Waddingtons Card game link in the games->Others section
Added a tiny bit of more information
Oh and added 8 images from the card game, that's in the gallery in the merchandise section, or you can access it via the game information page on that game.

Little Suprise to come and it looks pretty good. Might be a couple of days though.

Posted on 11 Aug 2010 by Manic Man
Small
printable version
Small update. I've added the 3 new mini figures to the Merchandise database, retags them and the Super Sonic statue to Unreleased as of yet and fixed a small bug with that section.. That's all right now.. I have a fair bit of merchandise to process at some point (I need the time) and i haven't heard back on the guy i'm waiting to here from.

On the good side of things, i might have a couple of intresting things in the near to not-near-but-not-distance future. more about them .. erm.. sometime ^_^

Posted on 09 Aug 2010 by Manic Man
The Hedgehogs are talking over!
printable version
Sega's Summer of Sonic is tomorrow but i'm not going for.. well, i can list hundreds of reasons but oh well.

anyway. First 4 Figures have released images and a date for the new 3 2" mini figures. The pack of all 6 is set for a September release and i guess the new three will also be released around then.. So.. lets have a look shall we? 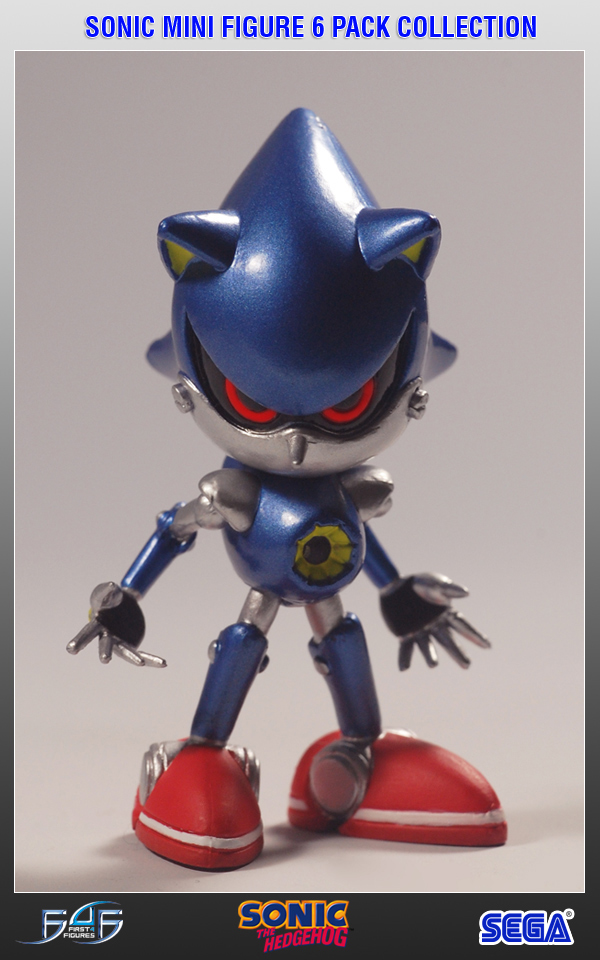 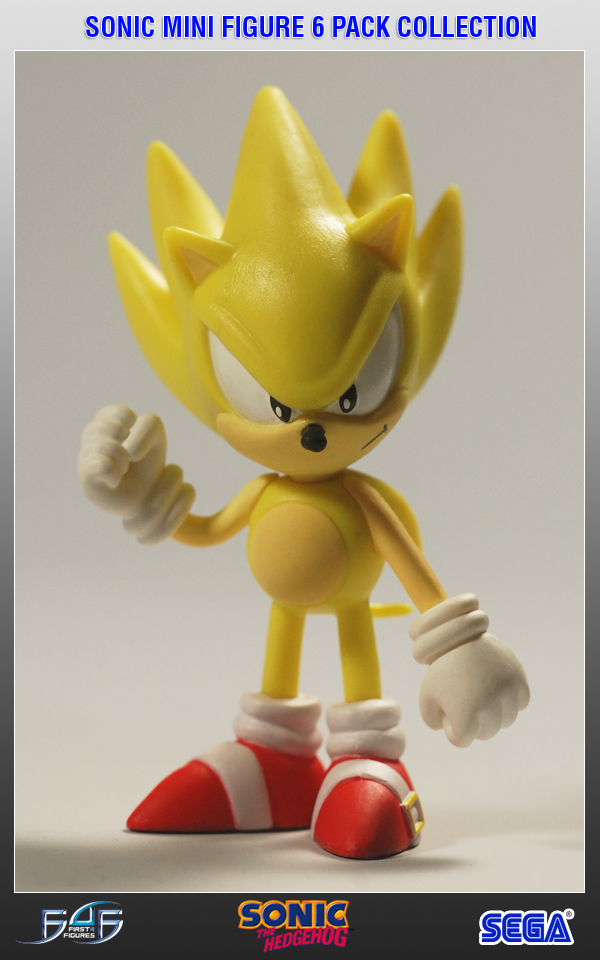 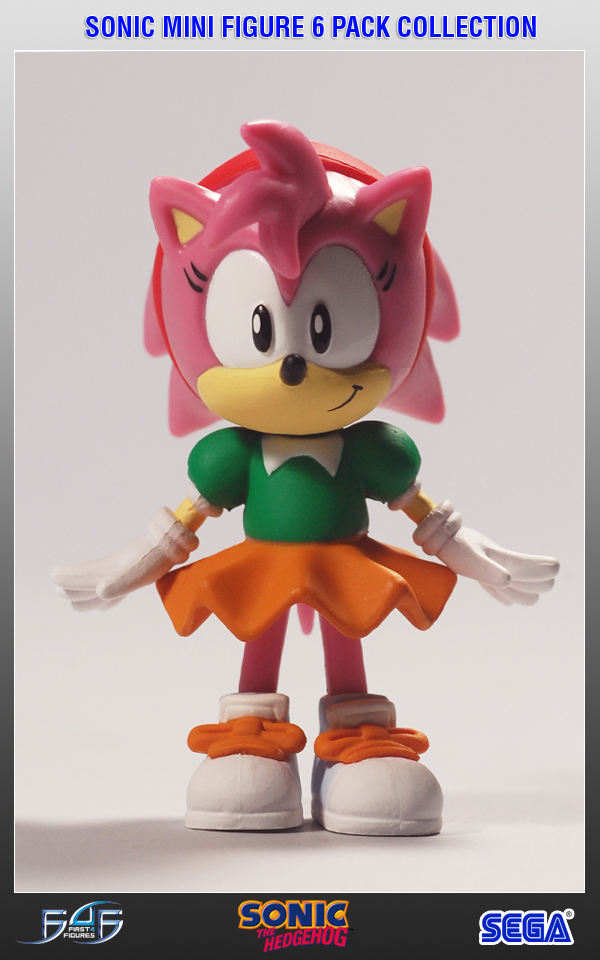 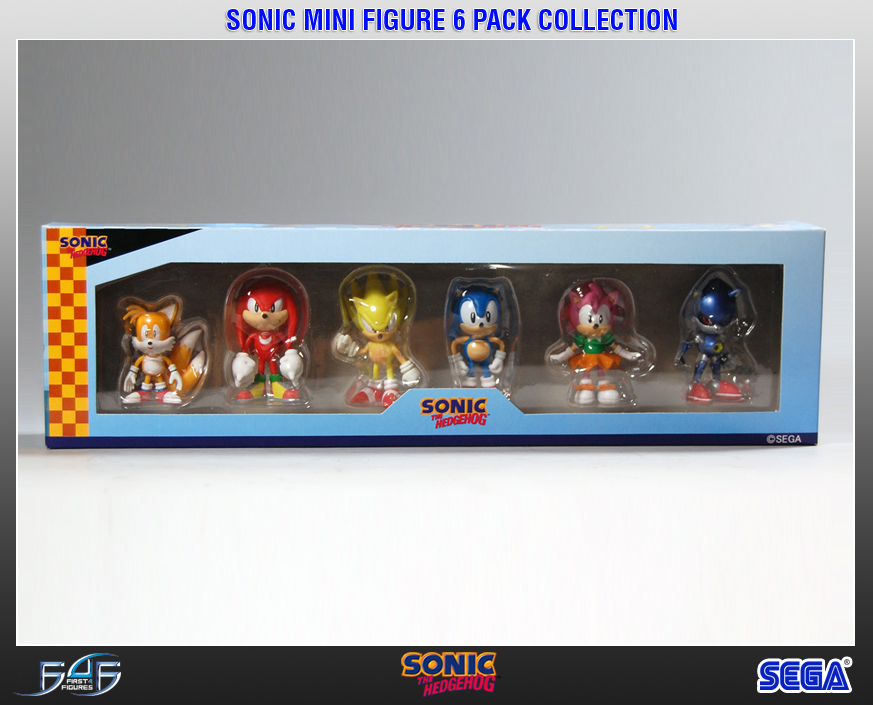 of course, more information and some more images on the F4F website:
http://www.first4figures.com

Information to come in the Merchandise section, oh and i'm trying to talk with a guy for a bit of information (thanks to a different guy for e-mailing me about it ^_^). Just waiting for a reply really, nothing to worry about as i kinda have a bit of a busy time right now anyway

Oh and on there sidebar, F4F seam to say the Super Sonic statues will ship from the factory in november.. i kinda doubt this, since they still say first quater of 2011 on the main pages.. so.. i'm not sure.. while it's a bit unlikely it'll be released this year, it is possible.
Count of comments: 0

Posted on 06 Aug 2010 by Manic Man
New Sonic stuff
printable version
On a whole, i don't bother with conventions and stuff because.. well, i don't like them for a number of reasons but First 4 Figures (how had so far released a number of great sonic figures from there 2" range, to small vinyl and statues) are sponsoring this years 'Summer of Sonic Event' at the Pavilion in Shepherd's Bush Green (That's in England ¬_¬) on saturday the 7th of August. I won't say go, i won't say don't. I have said my view on convertions and stuff already. Anyway... They are also revealing series 2 of the 2" mini figure range which will be Super Sonic, Metal Sonic and Amy Rose. First 750 people to enter the event will get a free Metal Sonic and everyone will be in a raffle to win a Super Sonic Exclusive Statue (they are the nice ones with lights).

As well as Series 2 figures being released soon, they will also have some sets of All 6 (so far) Mini-figures at some places for people that have missed series one (how could you?). I wonder if this means that series 2 of the Small Vinyls will be Super Sonic, Metal Sonic and Amy?
Count of comments: 0

Posted on 26 Jul 2010 by Manic Man
Kinda Beta working
printable version
Okay.. It's not perfect at the moment (mostly when it comes to two people working on something etc) but on Animation, Books and Comics, you can now click on the name of the artist or writer or whatever to see a list of other things they worked on. The problem with two people working on something is it'll only give you results when BOTH of them have worked on the thing together. and if there is a question mark, so i'm not 100% sure they did do it, i'll give you that when you search for just the guy (or gal) but when you click on the name with the question mark, it'll only come back with ones that i'm also not sure on.. It's all to do with how it handles search strings.. i'll toy around and see what i can come up with but it's pretty good so far ^_^

EDIT: You might not wanna use that feature for a little while.. well.. until i say so cause i found the way i was looking for and it's gonna take me an hour or two to get everything setup and running

EDIT AGAIN: Okay, it's all fine now apart from Comics, so you can only see when both people have worked together if you click on the link of more then 1 person

EDIT THE THIRD: Comics now work.. Whew.. Now i gotta improve bits with by allowing it to cross match people and search from Cast lists ^_^ That'll probebly be done by the end of the day so i won't edit this any more to say it.. cause typing this is time i could be spending doing it!
Count of comments: 0

Posted on 15 Jul 2010 by Manic Man
AOSTH added
printable version
Okay, i've added AOSTH to the episodes that say which characters were in them. That's pretty much it all of them done now.. For the specials or 'Freedom team'.. well.. it's a pain or atlest, tricky... Oh well. This is a pretty nice feature now it's up, isn't it?
Count of comments: 0

Posted on 14 Jul 2010 by Manic Man
New Animation feature? yep
printable version
Okay, Today i have done a bit of editing and spell checking to satAM and Su profiles but the main thing is now, when you go to view full episode information, it will tell you what characters are in that episode. So far, only added for SU, SatAM and OVA. I need to do AOSTH.

Enjoy. I might have forgotten that Bartleby was in some eps cause.. well, he wasn't in many was he?
Count of comments: 0

Posted on 13 Jul 2010 by Manic Man
little bits
printable version
A couple of little bits added to the merchandise page.. 10 patchs that i thought i had already added, the two new statues (well.. 1 and special version) and a Sega World Sydney Game Card. I know there is atlest one more in this set.. probebly 3 more.
Count of comments: 0

Posted on 23 Jun 2010 by Manic Man
Super! Super Sonic!
printable version
Well well, First4Figures have done it again! They have just annouced the next statue in there Classic Sonic range and it's not Tails, like i said.. It's not even Knuckles or Robotnik.. It's Super Sonic!

Yes, Super Sonic Himself! This statue is limited to 1500 units, like the sonic one and featurings Super Sonic in a Super Pose on the Chemical Plant Zone from Sonic 2 (MD).

But wait! There is more! If you buy straight from F4F, for an extra $20, you can buy the Exclusive Super Sonic, It features a fancy light setup in the Base, so the Sparks light up! This one is limited to only 350 units.

I've already preordered mine and while i would like to get both, it's easy to pick which one of the two when you see it ^_^ Here are a couple of pics: 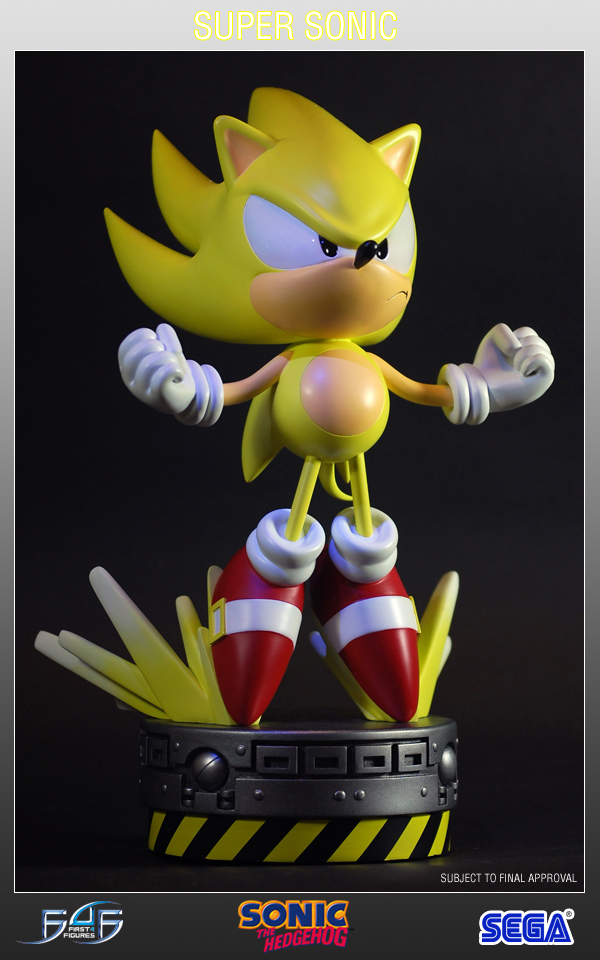 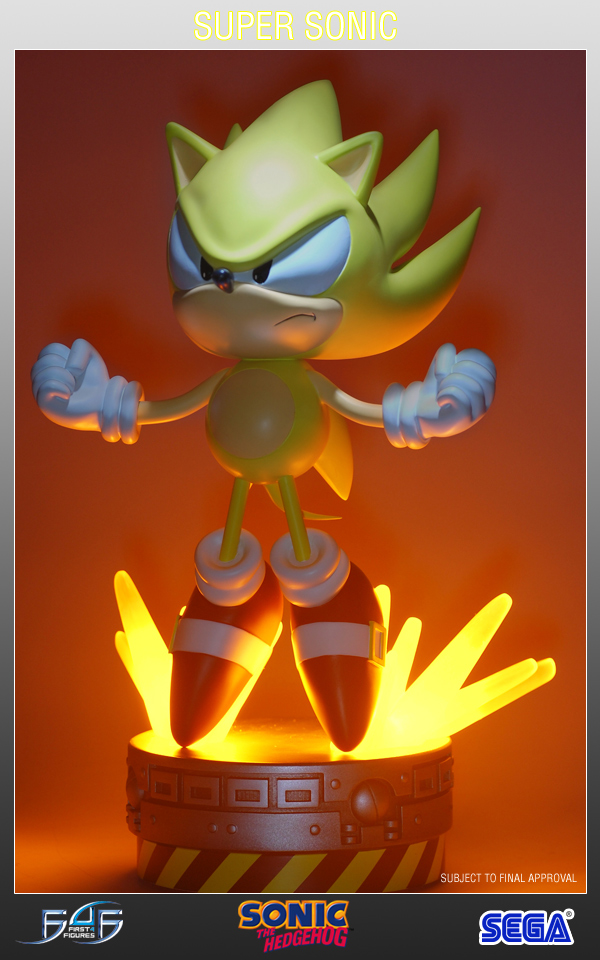 I'll have the pages for them up in the merchandise section a bit later and they are due out in the first quarter of 2011. You can view more images and pre-order yours at
www.first4figures.com
Count of comments: 0

2 New SU DVD's
'Legend Has it' features two parts of the three part Origin story, "When in Rome" and either "Six is a crowd" OR "Art of Destruction". I'm not sure since the descrition says the episode name is Six is a crowd, but the descrition of what happens is for Art of Destruction. From the other 3, i think Six is a crowd is a good bet. This is an american DVD release
"Band on the Run" features "Tangled Webs", "Artifact", "Sleepers" & "Virtual Danger", so it's kind a Cyrus collection. Also an American Release.

1 New SatAM DVD
"The Doomsday Project" is basicly a collection of parts of the Doomsday Project storyline.. But it features "Game Guy", "Cry of the Wolf", "Drood Henge" & "The doomsday Project", with "Harmonic Sonic" as a Bonus episode.. really, they should have scrapped that one as a bonus and just put on Spyhog which leads directly into Doomsday.. but oh well.. Also American.

2 New AOSTH DVDs
Well.. yes and No.. I have updated the information on:
"Let's Race". I'm still not 100% on what it features cause the descrition i got says only 1 episode.. which is really stupid, but i have done a small update to information. Yet Another American DVD this
"Adventures of Sonic the Hedgehog- Vol 3" is the final Volume release of AOSTH in the US and means all episodes have been released. I think this one came out earlyer this year. The final 22 Episodes to complete the Series. Comes with a How to Draw Tails.

All new ones have small cover shots and Larger Cover Shots. If you only got bootleg copies of these eps, what the hell are you doing? They have got good DVD releases in main regions, most of the prices aren't bad and all 3 Series (AOSTH, SATAM & SU) have been not only completely released, but have a host of small collections so you are just some stupid tealeaf and really, do i have to time to bother with you? Not really.
Count of comments: 0